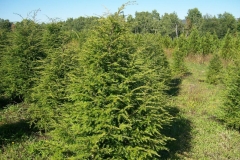 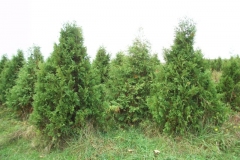 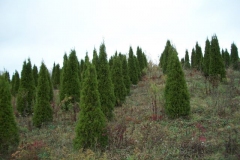 The Emerald Green Pyramidal Arborvitae grow 10-15 feet high with a spread of 3-4 feet. They have a bright emerald green color all year and do not fade in the winter months. Common uses are for windbreak or visual barriers. 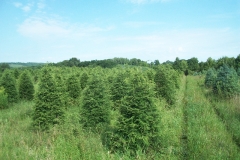 Hemlock Trees grow up to 70 feet high with a spread of around 35 feet. Hemlocks like moist, organic well drained soil. The Hemlock does very well in rocky bluffs or sandy soil and tolerates shade well. 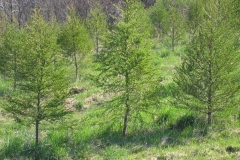 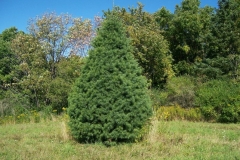 Fir trees are coniferous evergreens from the Abies species and come in several varieties including Concolor, Douglas Fir, Fraser Fir, and Grand Fir. Fir trees can be identified by its unique needle-like leaves that are almost always short, measuring at only a few inches in length.

The Turkish Fir tree is native to Turkey and found in the mountains west and east of the Black Sea. It is a large evergreen with attractive foliage that consists of flattened needle-like leaves. The Turkish fir is becoming a popular Christmas tree because the strong branches are able to hold heavier ornaments and the needles remain on the tree longer if watered properly. 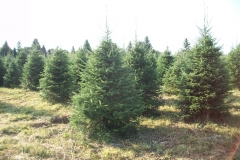 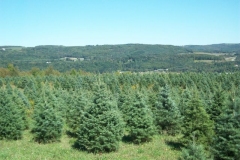 The Concolor Fir, also known as the White Fir, provides a decorative contrast to darker-colored evergreens. It's a popular Christmas tree because of the natural "orange" aroma. 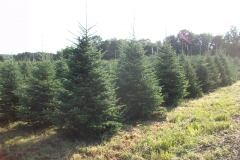 The Fraser Fir serves as both an ornamental tree and a highly sought after Christmas tree. The tree grows up to 60 feet tall and 25 feet in diameter, providing a compact appearance. 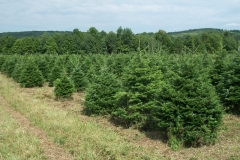 The Grand Fir is slow growing and shade tolerant. This beautiful evergreen produces few cones. Needles are flat with rounded and notched ends. 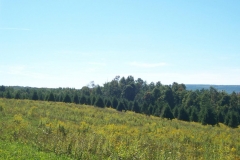 The Douglas Fir has myriad uses: as a Christmas tree, ornamental tree, windbreak, or hedge. It grows fast in a variety of conditions. 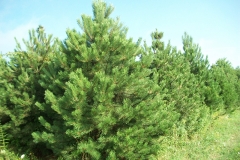 The Austrian Pine is a versatile, fast growing tree that grows in a variety of soils conditions, including sandy, loamy, acidic. It tolerates drought conditions. 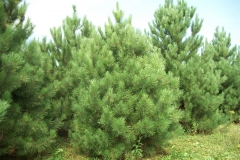 Red Pine can be used in the landscape as a specimen tree, a screening tree, or a windbreak tree. Red Pines grow up to 75 feet high with a spread of 15-20 feet. The needles are medium to dark green and soft. 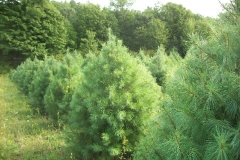 The White Pine grows well in large spaces and may reach sizes over 100 feet tall. It's also commonly used as a Christmas tree. 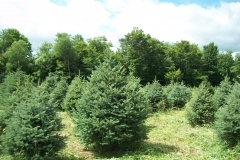 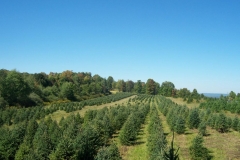 Spruce Trees are large evergreens featuring an attractive pyramid shape and stiff needles. They are from the Picea species and can grow up to heights that exceed 100 feet tall. 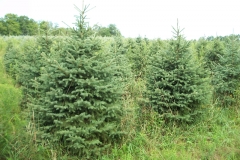 The Black Hills Spruce are dense trees that commonly used for privacy, wind breaks or accents. They hardy spruce that fairs well over the winter, and they're not well liked by deer. 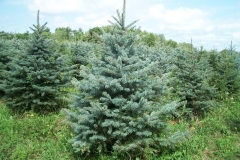 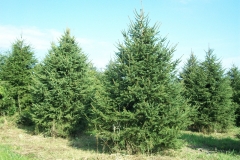 The Norway Spruce is often used as a decorative tree, as a windbreak, or as noise abatement. The tree typically reaches five feet within seven years. 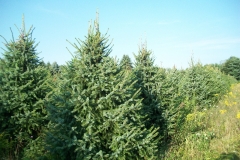 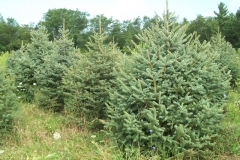 The Engelmann Spruce grows up to 90 feet high averaging about 30 inches in diameter. They have needle-like leaves, that are about 1 inch long, blue-green in color, stiff, sharp-pointed, and square in cross-section. 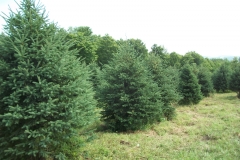 The White Spruce grows well in the shade and can often be found on streambanks. It makes a great shade tree. It's also commonly used as a Christmas tree. 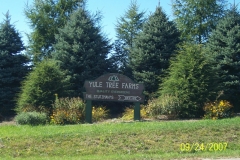 Yule Tree Farms is a 2000 acre plantation with an additional 500 acres of leased property.